THE MAN WHO BOUGHT A DUPLEX IN ABUJA WITHOUT MONEY

You are here:
Article 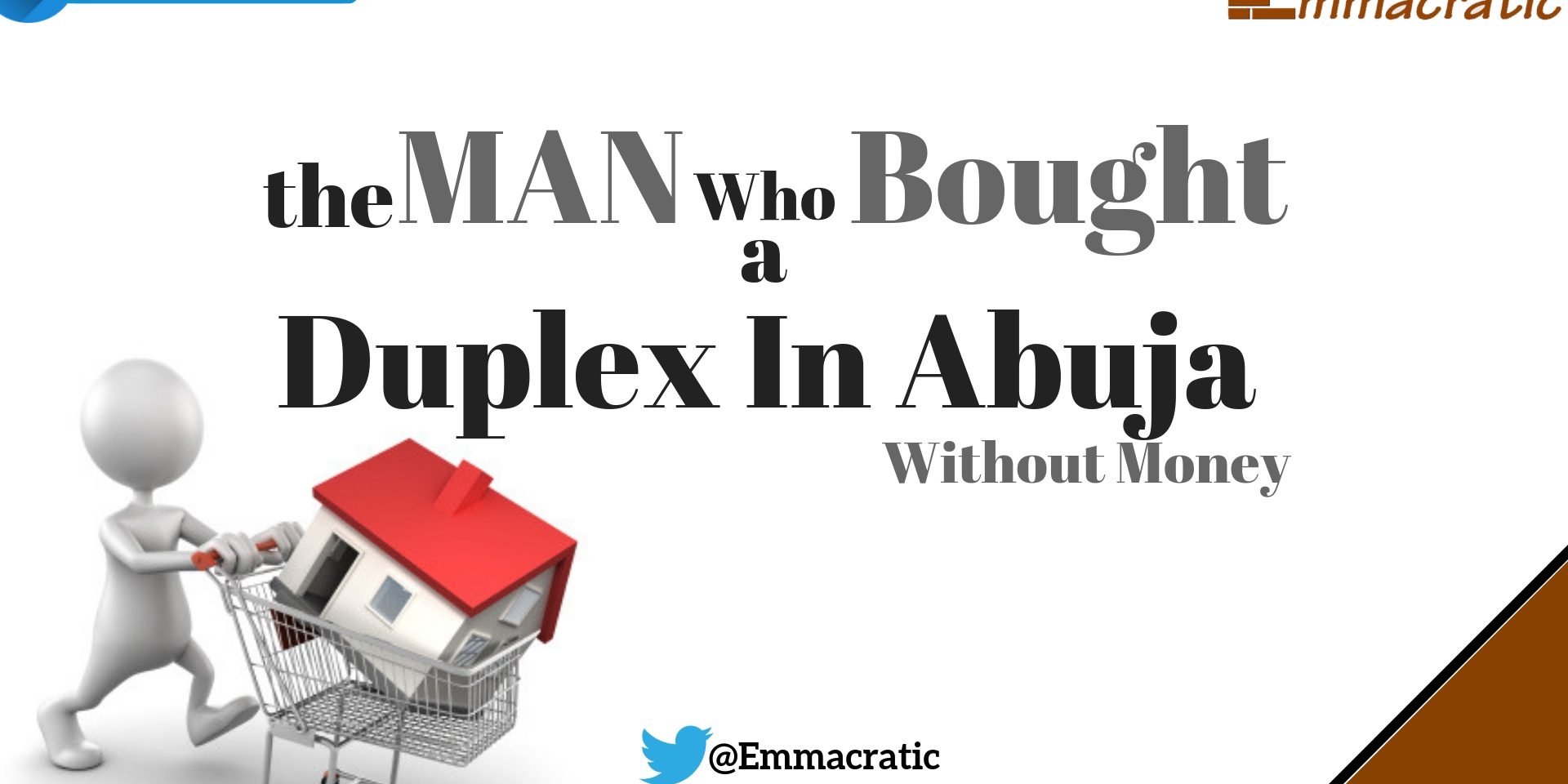 Austin Olabode (not his real name) is a socially skilled businessman resident in Abuja, Nigeria. He is naturally outgoing and enjoys making new associations and building his social/business network. And he has been in the construction merchandise scene of the federal capital city for many years now.

A day came when a friend introduced him to a relatively new property developer in the city who was actively expanding his network to facilitate sale of his current development at the time. As expected, they exchanged pleasantries and quickly moved on to important talks—business. The developer wanted Austin to leverage on his wide network base, of which the developer was privy, to generate sales for his then ongoing project. Of course, that was not going to come without a cost.

Typically, such arrangements attract sales commission of mostly 5-10% of the total sum. But Mr Austin wanted something else. He had wanted and permutated on how to own a house in Abuja for some time. Now was his opportunity. Thus, he was in no hurry to negotiate terms with his new friend. He asked for time to think things through and consult with his wife.

When he was ready, Austin negotiated the cost of one of the house types on the project that he preferred—a 3-bedroom duplex—and proposed that all his commissions from sales accrue to pay for his chosen unit. Yes, you guessed right. The developer didn’t object. It was a win-win for both of them. Austin wanted a house; the developer wanted sales, which Austin had to do enough of to earn his desired house. So they simply drafted an agreement to this effect, signed it and swung into action. That was four plus years ago and everyone is happy today, having kept their respective ends of the bargain.

This easily reminds of Renzo Piano’s story. When the Italian Architect was approached with £1,000,000 to design London’s tallest building—95-storey The Shard, he politely refused the money, asking for the penthouse suite instead. Thankfully, the developers had no problem with that; it was going to cost them less than a million pounds to build the suite, after all. They obliged.

Three years later, the building then completed, the penthouse suite with its astonishing view over London became one of Europe’s most desirable apartments and Renzo later sold it for £20,000,000—a whooping 20times more than the original offer.

Indeed, a man’s gift births opportunities for him. What is your gift? For Austin Olabode it was social skills. For Renzo Piano it was design skills. What do you have to trade with? Owning a home is possible and easy. You only need to think; then ACT.

Why Real Estate Is The Investment Everyone Needs

HOW TO BREAK INTO THE REAL ESTATE INDUSTRY

I JUST BOUGHT A HOUSE, NOW WHAT?

THE SPIRIT OF REAL ESTATE